What I’m about to tel you, will probably not come as a shock to most of you, since we’re all so used to the violence and hate from the left.

As in Portland, San Jose, etc, what happened in Minneapolis last night shows how far-left rioters seek out & chase down outnumbered Trump supporters trying to leave.

Here’s a screen shot of her on from the live stream:

Aside from tormenting and abusing innocent American citizens, the group led by Rep. Gomez also had a very harsh and dangerous “anti-cop” message. 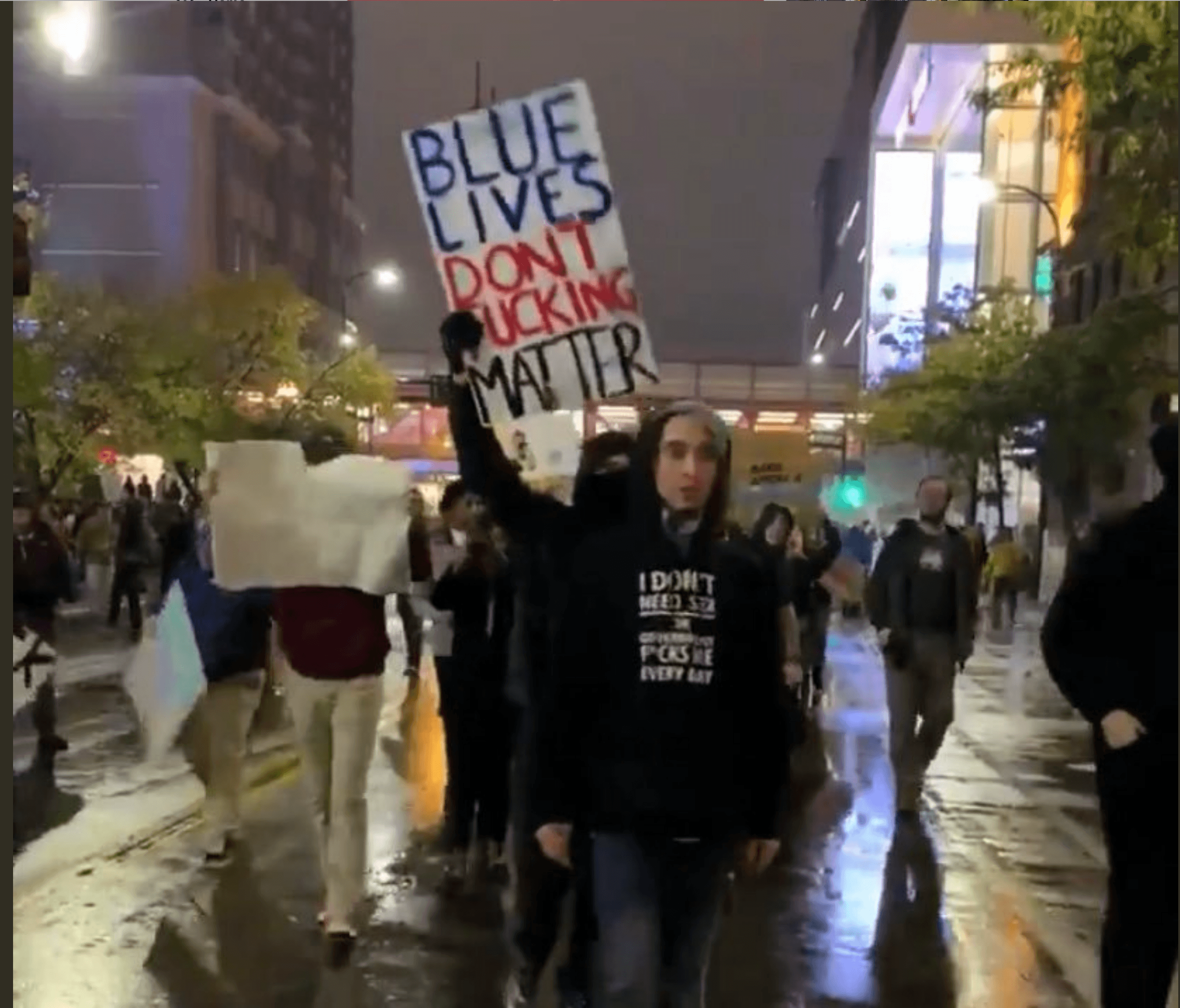 The guy with the pink backpack is calling officers of color "Uncle Tom." pic.twitter.com/532O65CECs [5]

Due to the violent level of attacks by masked liberal protesters, the police were forced to spray chemical irritants on the crowd to subdue the violent attackers.

This didn’t fly with Rep. Gomez, so she contacted the mayor directly, and requested that police “stand down.”

Gomez then took to Twitter, where she bragged that her request was granted and the mayor would issue a “stand down” order to police.

This woman used her powers as a state rep. to perpetuate violence against innocent Americans.

She must be removed from office.

I am on 6th and Hennepin. I just received a call from Mayor @Jacob_Frey [7] that he spoke with the Chief and honored my request that they not use anymore chemical irritants on the crowd.

Video from before the line of police fell back approx. 5 minutes ago. pic.twitter.com/3IS1j4feGq [8]

As it stands now, no Minnesota Democrat leader has condemned Rep. Gomez or her violent protesting comrades.

Republican Rep. Nick Zerwas (E- Elk River) issues a statement to have the Speaker Melissa Hortman (DFL-Brooklyn Park) condemn the violent protests and participation by a member of her caucus.

“Thousands of Minnesotans, protesters and rallygoers alike, gathered peacefully in downtown Minneapolis yesterday to exercise their first amendment rights. Our law enforcement officials did an incredible job ensuring the safety of those on both sides. However, a group of protesters engaged in illegal behavior after the President’s speech, assaulting rallygoers, hurling bottles at the police, and throwing traffic cones at cars. Marching among them was a sitting legislator. Governor Walz and Speaker Hortman should be crystal clear: this type of behavior is unacceptable, and elected officials have no excuse for joining those who were at the center of the chaos last night in downtown Minneapolis.” [Alphanewsmn [3]]

By the looks of things, it appears as if Minnesota has a member of the Democrat terror group ‘Antifa’ planted firmly inside their local government, and she is using her power and influence to spread violence and hate.

This piece originally appeared in WayneDupree.com [10] and is used by permission.