Bill and Hillary Clinton’s ties to Jeffrey Epstein are becoming more apparent by the day. According to a report in the Daily Mail, the couple stayed overnight at Epstein’s notorious “baby making ranch” in New Mexico nearly every year since they left the White House. The revelations come from Epstein’s former estate manager.

The property manager spoke with the Daily Mail in an interview, alleging that Bill Clinton was Epstein’s closest celebrity friends. Clinton’s daughter, Chelsea, joined her parents on visits to the ranch “a whole bunch of times.”

The family visited the 10,000-acre estate in the New Mexico desert often, but never stayed in the main house.

Instead, the Clinton family bunked down in a special cowboy-themed village created by Epstein, which is a mile south of his own luxury mountaintop villa. They’d use one of the two guest houses, which look like they’re straight out of the 19th century.

Seen in exclusive DailyMailTV images, the guest homes are next to other traditional Wild West-style buildings such as an old schoolhouse and saloon bar. An American flag is raised high above the village, which is next door to Epstein’s private airstrip, where he arrived on his private planes, including his infamous ‘Lolita Express’.

This is all according to security expert Jared Kellogg, who was brought in by long-standing ranch manager Brice Gordon to improve security and set up a camera system at the main house and ‘cowboy village’. [The Daily Mail]

Underage girls were flown to the ranch from around the world. The New York Times reported that Epstein, a convicted pedophile, told scientists that he wanted to impregnate up to 20 women at a time at the ranch to improve the human race with his own genes. 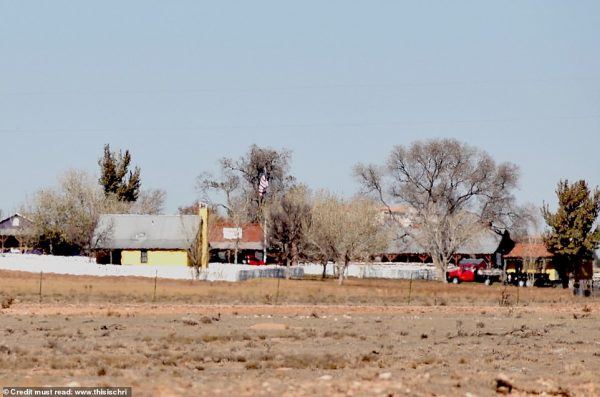 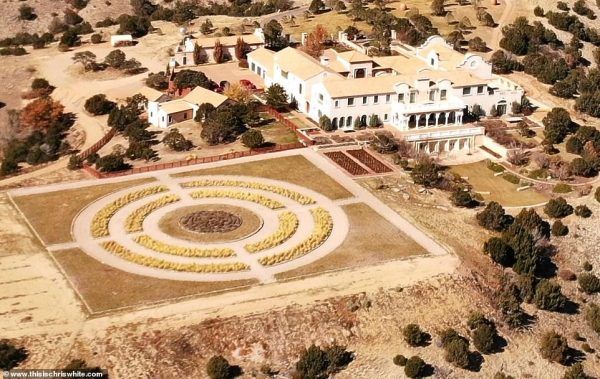 Kellogg told the Daily Mail, “My contact was Brice, their main concern was that there was no video surveillance on the property at all. I thought this was a simple request, as they wanted surveillance to protect their investment. It’s a huge site. But what was weird was that the whole time I was on site, Brice would be bragging about how the Clintons would visit, the whole family. Not just Bill, but Bill, his wife, their kid, and they would stay on the ranch itself.”

He continued, “He had built this Western replica village with a saloon, barn houses, old school house and when you’re walking through it, it feels like you’re walking through the 1800s. His biggest concern was monitoring and covering that area, so my main focus was mounting cameras on poles to cover the driveways, walkways, the ins and outs of each house and facilities.”

“It was like Westworld,” Kellog said, “It’s like they built a functioning movie set, they put a lot of thought and detail into it, the flooring and facilities in there.I was saying how cool the replica houses were, they’re pretty neat like the 1800s. He said, ‘Yeah, they’re built for guests, we get a lot of visitors. It’s really cool the Clintons come out and hang out [with Epstein].’ It sounded like a normal summer vacation.”

The relationship between Epstein and Bill Clinton has been veiled in mystery since the disgraced pedophile burst into the news cycle last year. Flight logs and witnesses suggest that the two were close friends. Epstein even had a portrait of Bill wearing a blue dress in his $56 million `New York mansion.