Bill Clinton Says Sex With Lewinsky Was to ‘Manage Anxieties’

Former President Bill Clinton finally addressed his infamous affair with Monica Lewinsky in the new documentary series “Hillary” on Hulu. In the docu-series, Hillary Clinton reveals the couple went through “painful” marriage counseling after the affair.

The former president said the affair was one of the “things I did to manage my anxieties.” He said that he had the affair with his intern while he was in office to help cope with his own issues–without considering his family.

Bill reveals that at the time he met Lewinsky the pressure of the job made him feel like a boxer who had done 30 rounds and he looked at Lewinsky as ‘something that will take your mind off it for a while’.

Bill offers an apology to Lewinsky in the documentary that will premiere on Friday, and says he felt ‘terrible’ that her life was defined by their affair. But he said that at some point when things don’t return to normal ‘you’ve got to decide how to define normal’, suggesting the infamous former intern should just move on. [Daily Mail]

The four-part documentary gives viewers close access to the Clintons and their inner circle–it gives special attention to Hillary’s public and private life during her 2016 loss to President Donald Trump. But the part about Lewinsky is making the most waves.

In 1998, Bill Clinton was impeached. The former president most recently spoke about the affair in 2018; he received scrutiny after saying that he did not owe Lewinsky an apology.

This time, when he addressed the scandal, he went into great detail how the affair impacted him. He appeared to get emotional when he discussed the moment he told his wife–Hillary Clinton–the truth about what happened. For a time, Bill lied to Hilary about the affair and she believed him. But he had to come clean after a grant jury investigation was launched into his personal affairs.

He said in the interview: ‘I went and sat on the bed and talked to her. I told her exactly what happened, when it happened. I said I feel terrible about it. We’ve been through quite a bit in the last few years. I said I have no defense, it’s inexcusable what I did’.

Hillary told Bill that she was the one who had to tell their daughter, Chelsea. 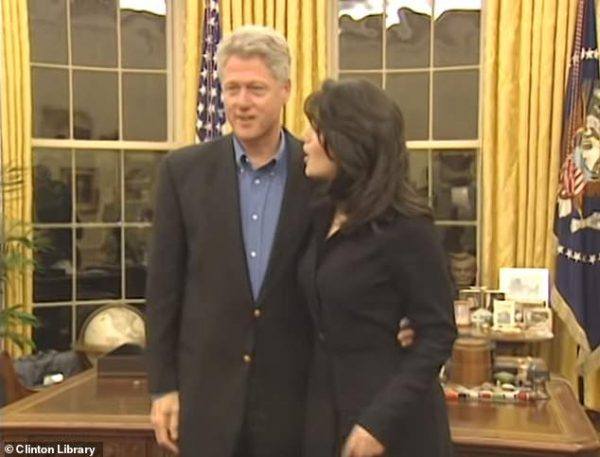 Bill said he wasn’t thinking about any of those factors when he made the decision to cheat on his wife with his young intern.

Bill said of the affair, “Maybe it’s just getting older but I hope it was also going through a lot of this. But whatever, what I did was bad but it wasn’t like – how can I think about the most stupid thing I could and do it. It’s not a defense, it’s an explanation. I feel awful.”

Surgically-Masked Intruders Barge into House – One Fatally Shot, the Other Beat Up by Homeowner